We would like to introduce you to Uddr Partner, Lloyd Burns Building Services, who specialise in all aspects of building work in Torfaen including brickwork, patios, extensions and interior design. In business for over 10 years, Lloyd, Owner of Lloyd Burns Building Services, saw the need for his company to become more “digital” to compete in the industry and grow further.

As well as advertising on the Uddr app, Lloyd has recently had a new website designed by the team at Uddr. After hearing through a family member about the funding from Torfaen Council they had received for their own Uddr website, he also wanted to take advantage of this uddr-ly fantastic opportunity.

Becoming an Uddr Partner is a “no brainer”

Lloyd Burns Building Services has been an Uddr Partner for over two years and has received over 100 new customers through the app alone - impressive, right?

Starting at just £11.99 per month for advertisement on the Uddr app, he believes it’s a “no brainer” for any small business looking to reach a local audience to join. After just ONE single job through the app, his app subscription has been paid for ten times over. Having tried other advertising methods in the past, Lloyd’s experience was poor to say the least; he was previously using a competitor platform to Uddr, who charged what we charge for a year, but for just one month and with no results!

The perks of the Uddr app

The ease of switching the app advertising on and off via a simple call or email to the Uddr team is something that Lloyd utilises regularly. He likes the fact that he can do this depending on how busy he is and his availability, meaning that customers aren’t let down.

His favourite feature is the function for customers to easily send images and videos for accurate quotes through WhatsApp, the messaging service linked up to the app. This reduces the need for Lloyd to make any unnecessary trips to customer homes to provide the quotes and speeds up the whole process.

Today, most smartphone users are on WhatsApp, making it super efficient for businesses to communicate with their customers.

Previously without a website, Lloyd’s business has benefited immensely from having one created by Uddr. Amongst many other benefits, he believes his website has built trust with potential customers and it now means his business has joined the online world.

Lloyd heard about Uddr through local advertising he had done in the past and hasn’t regretted his decision since. He found the whole process of joining the app and getting a website created super simple and thinks it’s one of the best parts of working with us. It’s very easy to update and change his details on both the app and website himself any time, any day via mobile device, laptop or desktop.

Overall, Lloyd has recommended Uddr to many of his contacts and believes that the app and his website is “excellent” (thanks Lloyd!). Before finding Uddr, Lloyd Burns Business Services was struggling to grow awareness locally and reach their target audience. We’re thrilled to say things have changed since then and we look forward to working further with Lloyd and his business!

Kids Jiujitsu is back at Amos Martial Arts in Torfaen!

Classes return Monday 3rd May and uddr will be sponsoring one of their talented young athletes.

What our users think

Everything you need locally in one place. Use the local app to message local trades and services in an instant for quotes and bookings. 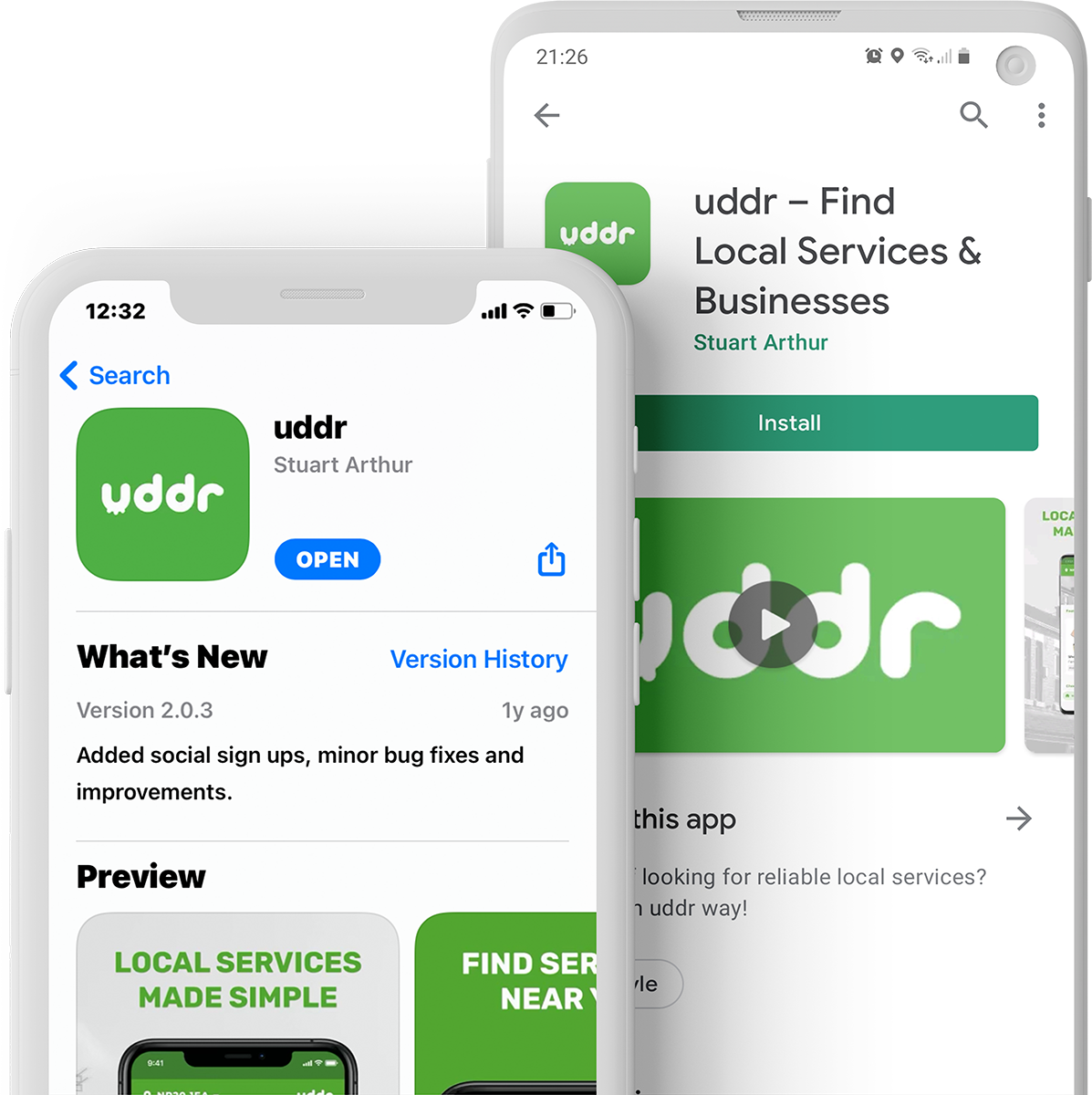